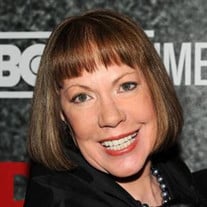 Photojournalist, editor, wife and business partner of famed celebrity photographer, Ron Galella, Betty Lou Galella (nee Burke), 68,  passed away peacefully, Monday afternoon, Jan. 9, 2017 at her home in Montville surrounded by friends and family.  Born in Somerset, Kentucky, Mrs. Galella was raised in Arlington, VA and lived in Yonkers, NY, before coming to Montville in 1992. She earned her Bachelors Degree from the Eastern Kentucky University in 1972. Mrs. Galella had served as Vice President of the Today is Sunday Magazine. Subsequently, she was Vice President and Co-Owner of Ron Galella, Ltd. Photography for many years. An integral part of establishing the Ron Galella Photo Agency, Betty was a vibrant, intelligent woman, a passionate defender of the press and supporter of the arts, as well as a loving wife and friend to all who knew her. She will be sorely missed. Preceded in death by her parents, Allan Menifee Burke and Lucille (nee Eaves) Burke; she is survived by her loving husband of 33 years, Ronald E. Galella; a brother, Russell Burke; a nephew, Joseph Bryce Burke; a niece, Laura Megan Burke; and a host of dear longtime friends.  For those so desiring, the family would be grateful for memorial gifts to St. Pius X Roman Catholic Church, 24 Changebridge Road, Montville, NJ 07045.

The family of BETTY BURKE GALELLA created this Life Tributes page to make it easy to share your memories.

Send flowers to the GALELLA family.