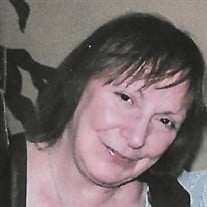 Joanne Lupo of Parsippany, NJ, passed away March 13, 2021 at St. Clare's Hospital in Denville, NJ. She was born April 2, 1950 in Newark, NJ, and got her education credentials at Kean State University. Ms. Lupo retired from the Prudential,... View Obituary & Service Information

The family of JOANNE LUPO created this Life Tributes page to make it easy to share your memories.

Send flowers to the LUPO family.