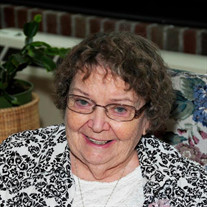 Sister Barbara Jenkins, (formerly Sister Veronica Joseph) a Sister of Charity of Saint Elizabeth, died on Thursday, June 11, 2020 at Morristown Medical Center, Morristown, NJ at the age of 84. Sister Barbara was born in Boston, Massachusetts, the daughter of Henry and Ruth (Dempster) Jenkins. She entered the Sisters of Charity on September 6, 1956 and was a member for 63 years. Sister Barbara received a nursing diploma from the Catherine Labouré School of Nursing, Carney Hospital, Dorchester, MA. She graduated from the Catholic University of America, Washington DC with a B.S. degree in nursing and from Seton Hall University, South Orange, New Jersey with a M.S. degree in nursing. Sister Barbara served in the health ministry in New Jersey, Connecticut, California, Texas and in Mexico. Sister Barbara’s lifetime of health ministry was dedicated to serving the poor and marginalized in the spirit of St. Vincent de Paul. Her first ministry was at the Hospital of St. Raphael, New Haven, CT, where she served as a nursing supervisor. Following this ministry, Sister Barbara served as a public health nurse at the Waterbury Public Health Department. Sister Barbara’s passion for service to the poor led her to a variety of ministries in the United States and Mexico. She served in the United Farm Workers Field Office, Salinas, CA, and the Social Concerns Office at St. Michael’s Monastery, Union City, NJ. As a pediatric nurse practitioner Sister Barbara ministered at Haller House, Newark, NJ, the Hill Health Center, New Haven, CT and the Centro San Vicente Clinic, El Paso, TX. In addition, Sister Barbara volunteered as the Health Coordinator at La Tenda di Cristo, Juarez, Mexico. After caring for family members in Massachusetts, Sister Barbara returned to New Jersey in 2013 and retired to St. Anne Villa in December 2014. Sister Barbara was predeceased by her sister, Ruth Mulroy and her niece Janet Mulroy. She is survived by the Sisters of Charity; two nieces, a nephew, grand nieces, grand nephews, great grandnieces and great grandnephews. In lieu of flowers, contributions to the Sisters of Charity Development Fund, P.O. Box 476, Convent Station, NJ 07961-0476 would be greatly appreciated. Due to the regulations regarding COVID, the Visitation,Funeral Mass, and Interment will be private. Please keep the Sisters of Charity and the family in your prayers at this difficult time.

The family of SISTER BARBARA JENKINS created this Life Tributes page to make it easy to share your memories.

Send flowers to the JENKINS family.