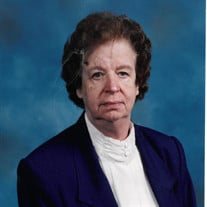 Sister Clare Maureen Tracy, 88, a Sister of Charity of Saint Elizabeth, died Wednesday, October 16, 2019 at Saint Joseph’s Healthcare and Rehab Center, Cedar Grove, NJ. Sister Clare Maureen was born in Newark, New Jersey, the daughter of Edward and Genevieve (Naughton) Tracy. She entered the Sisters of Charity on March 6, 1955 and was a member for 64 years. Sister Clare Maureen graduated from St. Louis University, St. Louis, Missouri with a B.S. degree in Radiology. Sister Clare Maureen served in the health ministry in New Jersey. She served as a Radiological Technician and as a Director of the School of Radiological Technology at St. Elizabeth Hospital, Elizabeth, NJ until 1996. She then became a Volunteer at the Hospital, now known as Trinitas Regional Medical Center. Sister Clare Maureen was also one of the original volunteers at Camp Fatima of New Jersey for children with disabilities. She moved to Saint Joseph’s Healthcare and Rehab Center in December 2018. She is survived by the Sisters of Charity; her sisters, Anne Donnelly, Cranford, NJ and Marie Weber, Montville, NJ, two nieces and four nephews. In lieu of flowers, contributions to the Sisters of Charity Development Fund, P.O. Box 476, Convent Station, NJ 07961-0476 would be greatly appreciated.

The family of SISTER CLARE MAUREEN TRACY, SC created this Life Tributes page to make it easy to share your memories.

Sister Clare Maureen Tracy, 88, a Sister of Charity of Saint...