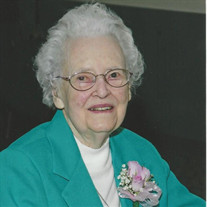 Sister Ellen Mary Desmond, 88, a Sister of Charity of Saint Elizabeth, died on June 15, 2017 at Morristown Medical Center, Morristown, NJ Sister Ellen Mary was born on May 22, 1929 in Dunkirk, NY, the daughter of Thomas C. and Margaret (Curtis) Desmond. She entered the Sisters of Charity on October 10, 1950 and was a member for 66 years. After receiving a B.A. in Sociology from the College of Saint Elizabeth, she graduated with an M.A. in Sociology and a Ph.D. in Sociology from The Catholic University of America in Washington, D.C. In 1955 Sister Ellen Mary began as an instructor in Sociology at the College of Saint Elizabeth and over the next 50 years achieved the rank of Assistant Professor, Associate Professor and Professor and Chairperson of the Sociology Department and Director of the Gerontology Program. During her time at the College of Saint Elizabeth, she served as Dean of Women (1964-67). After Sister Ellen Mary retired she volunteered at the College’s Office of Institutional Advancement. It was her foresight and hard work that resulted in the establishment of the Gerontology Program which she led from 1983 until 2005. In addition to teaching in this new field, Sister Ellen Mary was an advocate for the needs of seniors at the 1980 White House conference on Aging and the Governor’s Conference on Aging in 1981. She was President of the Society on Aging of NJ and the Board of Family Services of Morris County. She served on the Board of Trustees of Saint Mary’s Hospital, Passaic, NJ and the Joint Conference Committee at Saint Elizabeth’s Hospital (now Trinitas) in Elizabeth, NJ. In 1969, Sister Ellen Mary was one of five religious women on an “action caravan” to Chicago IL, Youngstown OH, Terre Haute IN, Pittsburgh PA, Providence RI, Boston MA, Baltimore MD and Oakland CA. The project was the National Catholic Conference Traveling Workshop on Race and Poverty. She is survived by the Sisters of Charity; her sister-in-law, Jeanne T. Desmond; her nephews Michael (Kathleen) Desmond and family (Naperville, IL) and Thomas (Marcia) Desmond and family (Winnetka, IL) her nieces Ann (David) Lusardi and family (North Huntingdon, PA); Mary (Thomas) Liddell and family (South Bend, IN); and Kathleen (Michael) Mikula and family (South Bend, IN). In lieu of flowers, contributions to the Sisters of Charity Development Fund, P.O. Box 476, Convent Station, NJ 07961-0476 would be greatly appreciated. lete obituary will follow.

The family of SISTER ELLEN MARY DESMOND created this Life Tributes page to make it easy to share your memories.

Send flowers to the DESMOND family.