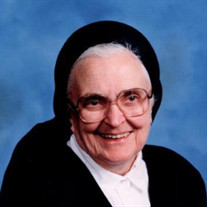 The family of SISTER GABRIEL MARY DONAHUE, SC created this Life Tributes page to make it easy to share your memories.

Sister Gabriel Mary Donahue, 96, a Sister of Charity of Saint...