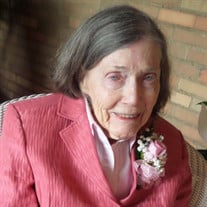 Sister Margaret Hewitt 89, formerly Sister Maria Josepha, a Sister of Charity of Saint Elizabeth, died May 12, 2017 at The Villa at Florham Park, Florham Park, NJ Sister Margaret was born in New Brunswick NJ, the daughter of William J. and Catherine (Cleary) Hewitt. She entered the Sisters of Charity on October 1, 1951 and was a member for 65 years. Sister Margaret graduated from the College of Saint Elizabeth, Convent Station, NJ with a B.A. degree in English and an M.A. from Duquesne University, Pittsburgh, PA. Sister Margaret was an educator who served in the State of New Jersey and in the Virgin Islands. She served as a teacher at St. Mary School, Dumont; Sacred Heart School, Rochelle Park; St. John H.S., Paterson; Bayley-Ellard High School, Madison; Sts. Peter and Paul High School, St. Thomas, Virgin Islands; St. Mary High School, Jersey City. When her sight was impacted by illness, she never let her disability negatively affect her preparation or her classroom demeanor. She was respected by her colleagues and students alike. She had total control of her classes and the ultimate respect of her students. Sister Margaret was a master teacher and a kind, compassionate woman. When teaching was no longer possible due to ill health, she became a volunteer in St. Mary School. She retired to Saint Anne Villa Villa in 2011. Sister Margaret was predeceased by her parents William and Catherine, and her brothers William and Richard. She is survived by the Sisters of Charity; her sister, Catherine Millington of Wisconsin; the Sisters of Assumption-All Saints Convent, Jersey City; and, many loving nieces, nephews, grandnieces and grandnephews. In lieu of flowers, contributions to the Sisters of Charity Development Fund, P. O. Box 476, Convent Station, NJ 07961-0476 would be greatly appreciated.

The family of SISTER MARGARET HEWITT created this Life Tributes page to make it easy to share your memories.

Send flowers to the HEWITT family.