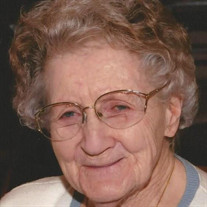 Sister Margaret Alice Shalvoy, 90, a Sister of Charity of Saint Elizabeth, died Sunday, August 27, 2017 at The Villa at Florham Park, Florham Park, NJ. Sister Margaret was born in Newark, New Jersey, the daughter of George and Alice (Brennan) Shalvoy. She entered the Sisters of Charity on March 25, 1945 and was a member for 72 years. Sister Margaret served as an elementary school teacher at St. Peter School and the Academy of Saint Aloysius in Jersey City. She then attended St. Joseph Hospital School of Nursing where she received her RN. She then attended St. John University, Queens, New York where she completed a B.S. in Nursing and a M.S. in Nursing Supervision. Sister Margaret served at St. Joseph Regional Medical Center, Paterson, NJ for 47 years. She was a Staff Nurse, Head Nurse, Night Supervisor, Head of Pre-Admission Testing and Central Supply. In collaboration with doctors returning from the Korean War she is credited with establishing the first intensive care unit at St. Joseph’s Hospital. In her later years, Sister Margaret was a Patient Representative and a Pastoral Care visitor. In 1997, she “retired” to full time volunteer. She would visit every patient on every floor each and every day. In 2013, due to failing eyesight, she moved to Saint Anne Villa, Convent Station where she resided until her death. Sister Margaret is described by her colleagues as always “being kind, gentle in manner and very caring to those with whom she lived and those to whom she ministered.” During her time at the Villa she continued her ministry of presence and kindness till her death. Sister Margaret was extremely faithful to her family and friends. She was a true Sister of Charity in her words and deeds. Sister Margaret was predeceased by her parents, her sister Nancy Robinson and her brother George Shalvoy. She is dearly loved by her surviving brother, Paul. She is also survived by the Sisters of Charity; nieces and nephews, and grand- and great-grand nieces and nephews. In lieu of flowers, contributions to the Sisters of Charity Development Fund, P.O. Box 476, Convent Station, NJ 07961-0476 would be greatly appreciated.

The family of SISTER MARGARET ALICE SHALVOY created this Life Tributes page to make it easy to share your memories.

Sister Margaret Alice Shalvoy, 90, a Sister of Charity of Saint...

Send flowers to the SHALVOY family.