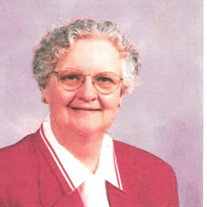 Sister Robert Clare Swarts, 76, a Sister of Charity of Saint Elizabeth, died following a brief illness on Saturday, June 23, 2018 at Saint Joseph University Medical Center, Paterson, NJ. Sister Robert Clare was born in Jersey City, NJ, the daughter of Gerard and Anne (Keefe) Swarts. She entered the Sisters of Charity on August 20, 1959 and was a member for 58 years. Sister Robert graduated from All Souls’ Hospital School of Nursing, Morristown, NJ with an RN and from Seton Hall University, South Orange, NJ with a BSN. She attended New York University, New York, NY and received an MNA in Medical/ Surgical Nursing and Nursing Administration. Sister Robert served in the health ministry in the State of New Jersey: as a Staff Nurse and Head Nurse at All Souls Hospital, Morristown; Nursing Supervisor and Director of Maternal Child Nursing and Staffing Coordinator at St. Joseph Hospital Medical Center, Paterson. She pursued a LNHA to be an administrator for long term nursing care. Sister Robert was an Assistant Vice President, Assistant Administrator and Director of an Adult Medical Day Care Program, St. Vincent Nursing Home, Montclair; and Nursing Supervisor at Cusack Care Center, Jersey City. Sister Robert had a passion for prenatal and maternal care. This led her to become a Fellow with the American College of Childbirth Education. With this certification she provided birthing classes for pregnant women and also served as an Adjunct Professor at Essex County College, Newark. In 2010, responding to a need in the Sisters of Charity for assistance with the health needs of the Sisters, she assumed the position of Case Manager and Coordinator of Health/Lifestyle Transition Services for the Sisters of Charity, Convent Station, NJ. Sister Robert held this position until she experienced a serious health challenge which subsequently resulted in her passing. Sister Robert was committed to the health profession and caring for her patients at all levels of health needs. She was a faithful friend and loving sister and aunt to her family. She had a good sense of humor and could regale companions with delightful stories of her adventures traveling the USA with her good friends, Sisters Susan and Steven, who predeceased her. She enjoyed a good story and often shared experiences of her family that she loved unconditionally. Sister Robert is survived by the Sisters of Charity at St. Joseph Hospital Convent; the congregation of the Sisters of Charity; her sisters Greta Henry (Richard), Susquehanna, PA; Faith Thomaier (Ernest), Donna Young (Eddie), and brothers Robert, all of Leesburg, FL; brother Gerard (Gen), Melrose, FL; many nieces, nephews, grandnieces, and grandnephews. In lieu of flowers, contributions to the Sisters of Charity Development Fund, P.O. Box 476, Convent Station, NJ, 07961-0476 would be greatly appreciated.

The family of SISTER ROBERT CLARE SWARTS created this Life Tributes page to make it easy to share your memories.

Sister Robert Clare Swarts, 76, a Sister of Charity of Saint...

Send flowers to the SWARTS family.