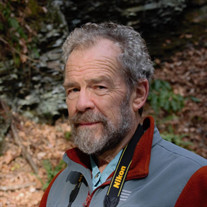 William M. Kasper (Bill) passed into eternity on Wednesday afternoon, March 31, 2021, at his home on Lake Shawnee, in Jefferson Township, N.J. in the presence of his family, fortified by the Viaticum and Last Rites. Born in Fort Myers, Florida, to William M. Kasper Sr. and Jacqueline (nee Pritchard) Kasper, he was reared in an Army family, and lived in various countries, including England, France, Iran, and Italy. The family also lived at West Point, N.Y., where his father taught at the Military Academy. He earned his bachelor’s degree from Georgia State University and his completed his graduate work at Florida State University. A few years after their meeting in Paris, France, he married Rosa Stoney Lumpkin, and together they lived in joy in Toul, France, as well as in New Jersey, Virginia, South Carolina, Florida, Georgia, Missouri, Illinois, Maryland, and Virginia. In 2001, the couple moved to Jefferson Township, N.J. Amid his other United States Army assignments, Bill served in France, as well as in Vietnam, where he received a Combat Infantryman’s Badge and a Vietnam Service Medal with four Bronze Stars, as well as in Korea’s Demilitarized Zone. For many years, he worked as a logistician with the United States Army. Afterwards, Bill was a self-employed military consultant. Bill was a 19-year member of Jersey City’s Traditional Latin Mass community. He treasured classical music. The last composition he heard three days before he died was a beloved recording of Hector Berlioz’s requiem, Grande Messe des Morts. Bill was a gifted photographer, an avid bicyclist, a joyous swimmer, a lover of good French cooking and wine, an aficionado of good single-malt Scotch whiskey, and talented inventor of such things as a bear-proof set of bird feeders suspended high from the upstairs balcony. One of his dearest friends was Nimbus, the rain-cloud-gray cat, who appointed himself guardian during Bill’s illness. Survivors include his cherished wife Rosa Stoney (nee Lumpkin) Kasper and their two children and one grand-daughter: Julien Kasper, his wife Daniela, and their daughter Khloe Camille, of Weymouth, Mass., and Gabrielle Kasper Plack and her husband Scott of Olympia, Wash. In addition, he leaves three siblings: Betty Severy of Aspen, Colo.; Robin Wood and her husband John of Colorado Springs, Colo.; Lewis Kasper and his wife Lynn of Sunset, S.C.; and many nieces and nephews, and grandnieces and grandnephews; as well as Nimbus, his devoted cat. In lieu of flowers, the family would be grateful for memorial gifts to CANTANTE IN CORDIBUS (CIC) (Singing from the Heart). CIC covers an extensive repertoire that includes Gregorian chant and Renaissance polyphony, as well as works by great Romantic and contemporary composers. The choir is available to sing for nuptial masses, requiem masses, and other special liturgical celebrations. CIC is a 501(c)(3) nonprofit organization dedicated to promoting sacred music. CIC Daniel Sexton, Esq. 229 New Centre Road Hillsborough, N.J. 08844 June 16, 1941 to March 31, 2021

William M. Kasper (Bill) passed into eternity on Wednesday afternoon, March 31, 2021, at his home on Lake Shawnee, in Jefferson Township, N.J. in the presence of his family, fortified by the Viaticum and Last Rites. Born in Fort Myers, Florida,... View Obituary & Service Information

The family of WILLIAM M. KASPER JR. created this Life Tributes page to make it easy to share your memories.

Send flowers to the KASPER family.